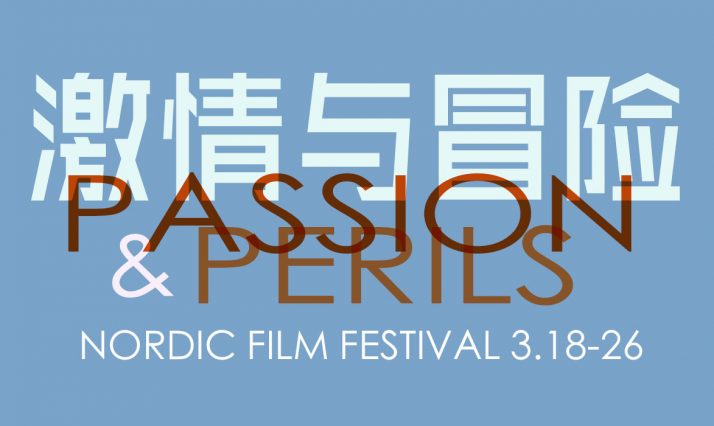 Together with the Nordic Embassies and the Nordic Film Institutes, Danish Cultural Center is proud to present the first Nordic Film Festival in Beijing from the 18th to 26th of March 2017. The program is diverse and made up of significant and carefully selected films from Denmark, Sweden and Norway.

Together with the 12 feature films, the festival will present a series of talks thus providing the audience an opportunity to get acquainted with the Nordic way of thinking while at the same time be touched by great stories and the sense of wonder that is at the core of film.

Historically, Scandinavia has made a disproportionately large contribution to world cinema, and the particular Nordic way of approaching ‘the seventh art’ is widely acknowledged and celebrated amongst film lovers and professionals all around the globe. Directors like Carl Th. Dreyer, Ingmar Bergman, and Lars von Trier have all contributed in significant ways to the artistic development of the medium and today, they belong to the Parnassus of moviemakers who have pushed the boundaries of cinema thanks to their psychological depiction of the human mind.

Nordic countries are often labeled fairytale countries. There may be several reasons for this, a major explanation is their highly developed social infrastructure, which takes care of people from cradle to grave while allowing them the freedom of choice to live their lives as they see fit.
Over the course of 12 films, the Nordic Film Festival will display people at different stages in life making choices and taking the consequences hereof; From coming of age adolescence and the struggle to find a place in society while coping with the brutal realities of life, to old age and the pain of deciding whether to live, die or to take a vacation in Paris.In other words we follow their passions and perils as human beings.
Nordic films are often shot in the local language with tight budgets. This explains by and large the emphasis on story, characters and atmosphere rather than visual effects. Compared to most cinematic traditions, Nordic films tend to have a slow pace and to be stranger and artsy. They mix the codes of genre movies with traditional arthouse elements and Scandinavia’s own preference for social realism.
In social realism, it is the social conditions that structure the dramatic conflict, and the narratives are often about the ways individuals deal with those structures. Social conditions define and set limits to how individuals deal with life and how they make sense within their situation. Thus, social realism is less about causality than about coping, less about obtaining a goal through actions than about adapting to a situation without losing one’s integrity.

The Nordic way of approaching the art form will be celebrated and elaborated at this exclusive event containing 12 films, 5 talks and 18 screenings.