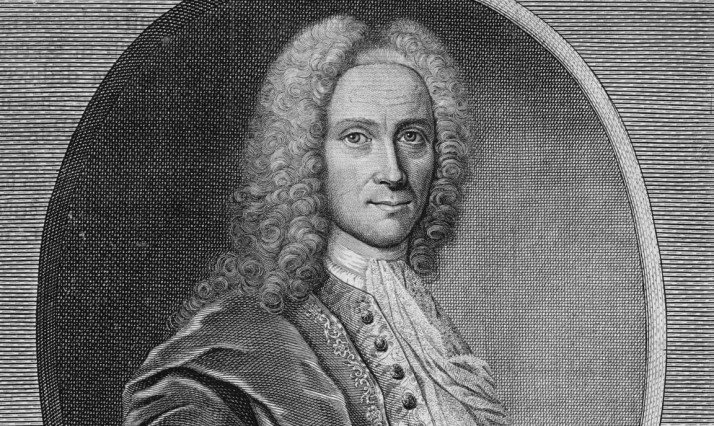 On September 2 and 3, the Danish Cultural Center in Beijing will host a reading of the two comedies ‘The Political Tinker’ and ‘Jeppe on the Mount’ by the great Ludvig Holberg.

Jimbut Jun Feng has translated the plays into Chinese, Gritt Uldall-Jessen and Jesper Pedersen are dramaturges,  Cai Yiyun and Anna Andrea Malzer staged the plays and the reading is performed by students from the Communication University of China.

Ludvig Holberg (3.12.1684-28.1.1754.)  is the first big writer and playwright to use Danish for writing plays. Holberg was also philosopher and a historian, and has been praised as ‘the Shakespeare of Scandinavia’.

Ludvig Holberg was deeply influenced by humanism as well as by ideas from the Enlightenment and the Baroque, and laid the foundation for modern day Norwegian and Danish literature. Today, he is most known for the many comedies produced between 1722 and 1723 in Copenhagen.

During his young years, Holberg travelled to big cities in the Netherlands and France and lived shortly in Rome, before finally moving to Harvard, a gathering point for the intellectuals of Europe, where he was to remain for quite some time. Whilst he was never a proper student at Harvard University, he spent all of his time at the school’s libraries and partook in the British student’s discussions of Latin. Afterwards, he took a position as a teacher at the University of Copenhagen and began his career as a writer. His former travels and experiences of studying abroad became the primary source of inspiration for his works, alongside the stimulation he received from the Latin comedies he saw in Paris, French comedies as well street performances in Rome.

The most of his comedies deal with the stories of ‘nobody’s’ set in the context of rural society.

’The Political Tinker’ is the first of Holberg’s comedies. It was written in 1722 and was performed on stage that same year. This play tells the story of Herman, a tinker who dreams of entering politics. After he is elected mayor, he is faced with a multitude of unexpected responsibilities, and must make some difficult decisions.

Jeppe on the Mount

’Jeppe on the Mount’ was also created in 1722 and is the most well-known work in the history of Danish comedies. The comedy tells the story of Jeppe, a drunkard farmer who uses alcohol to numb himself and escape from his impoverished and frustrating life. One day he wakes up from a drunken sleep only to realize he has turned into a baron, which gives rise to a series of farces.

The readings of the comedies will take place in Chinese.
BACK TO LATEST NEWS